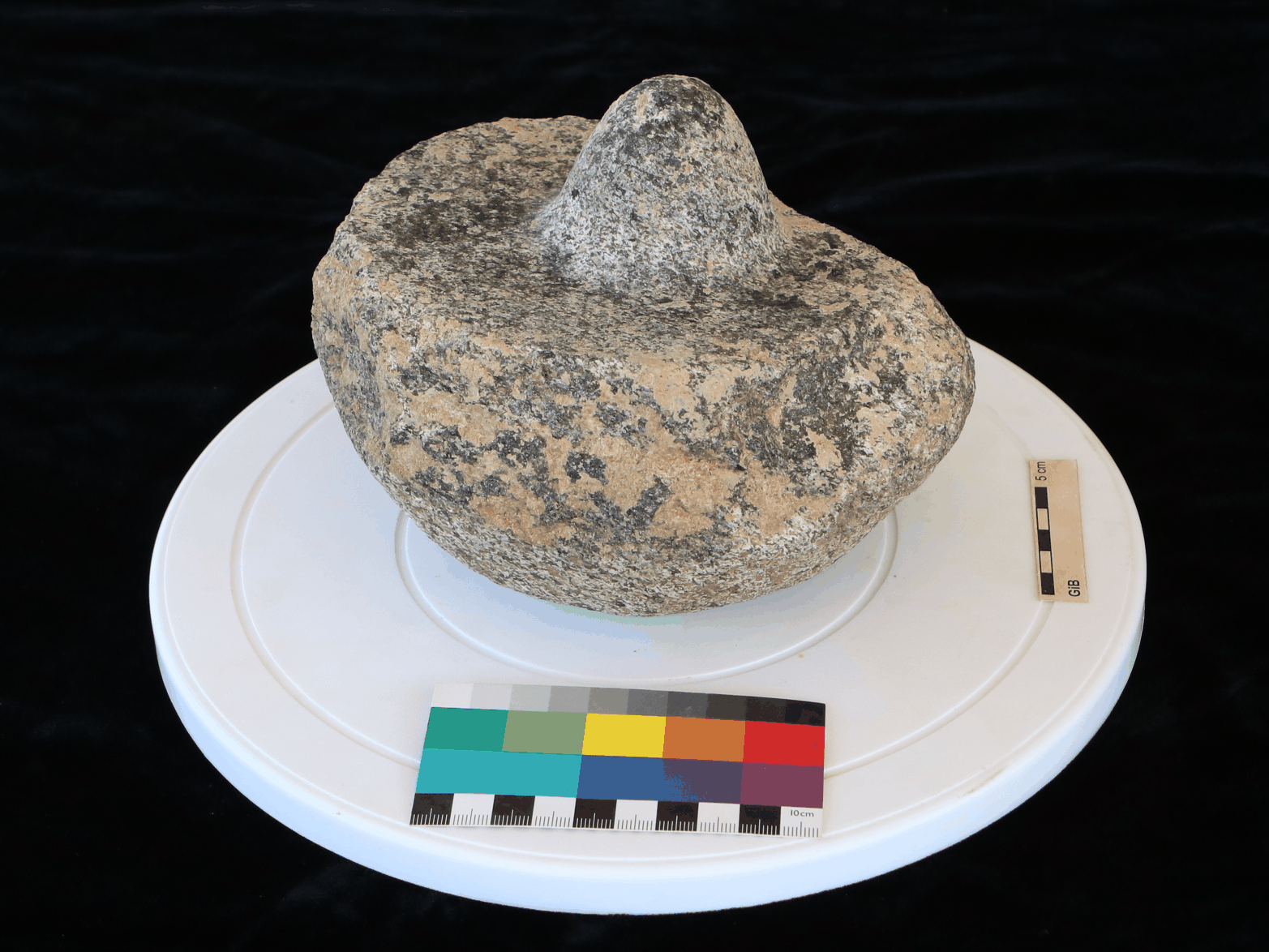 This particular photo-masking application is an experiment as we are attempting to model a square bowl and a potter's wheel pivot excavated in Gird-i-Bazar, Kurdish Autonomous Region of Iraq, province of Sulaymaniyah.

This particular photo-masking application is about a square bowl and a potter's wheel pivot. Both objects were found in Gird-i Bazar, which is part of an Iron Age settlement complex (ca. 1200-600BCE) located in the Kurdish Autonomous Region of Iraq, province of Sulaymaniyah. The objects were excavated in Autumn 2017 during archaeological investigations carried out by LMU Munich's Ancient History Department, which has been running the excavation since 2015.

According to excavators, the square bowl served as a basis for the wheel pivot which was placed on it. On the pivot, a wooden wheel was rotated, on which the clay was fashioned into a pot. This mechanism is known as a potter's slow-wheel. With this crowd-sourcing project, we are asking for your help to assist with the 3D documentation of one of these tools.

This project is a collaboration with the University of Munich, Germany