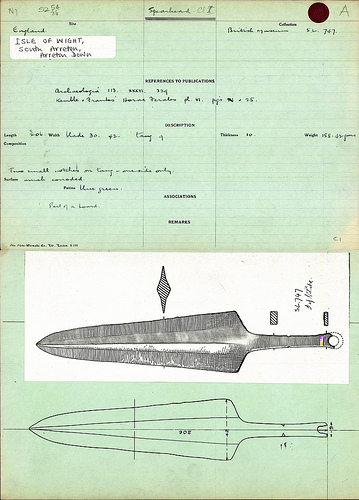 This application will help the British Museum's curator of the Bronze Age collections, Neil Wilkin, to make available part of a huge card catalogue of British prehistoric metal artefacts discovered in the 19th and 20th century. This information has long been known to be an extremely important untapped resource. Metal finds are not only crucial forms of evidence for dating Britain's prehistoric past, but also tell us a great deal about prehistoric society and economy. Digitising the thousands of objects in this catalog will make these records publicly available via their incorporation into the Portable Antiquities Scheme website. The result will be the largest national database of prehistoric metal finds anywhere in the world and a near comprehensive view of what we currently know about such finds in the UK.