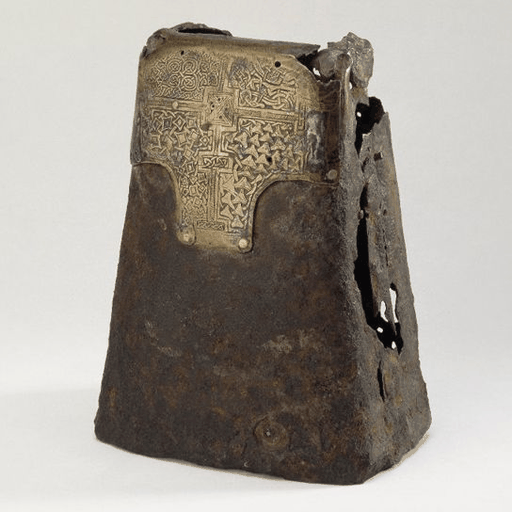 This particular photo-masking application is an to help Thomas Flynn process the photographs for the Conal Cael Bell. This iron hand bell is said to have originally belonged to St Conall Cael in the sixth century. Long after his death it was enshrined as a relic in an elaborate covering, and was worshipped by pilgrims visiting St Conall's well on the island of Inishkeel.The bell is an early type made from a sheet of iron, its handle and loop for the clapper are missing. A plate of brass decorated with native Irish and Viking interlace ornament was added around the year 1000. In the fifteenth century an ornate silver 'bell shrine' was made to protect and embellish the bell.