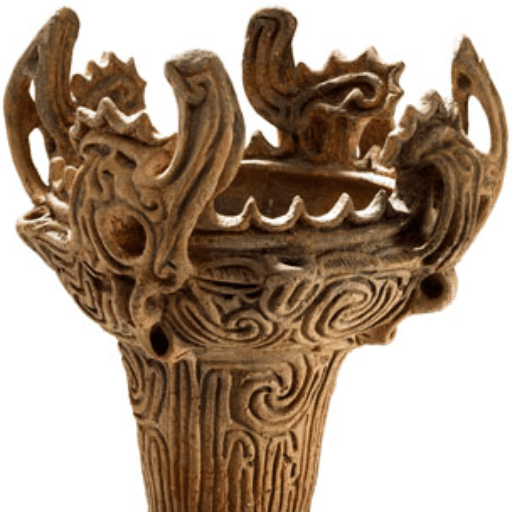 Photo-masking a replica of a Jomon flame pot from Japan

This particular photo-masking application is an experiment as we are attempting to model a complex piece of Japanese pottery. The term Jōmon (縄文) literally means ‘cord marked’ and is used to refer to Japan’s oldest known culture – the Jōmon people. This period is one of the oldest dated pottery traditions in the world, with pottery not being used in the Middle East or North Africa until several thousand years later. These vessels take their name from the elaborate flame-like protrusions around the rim. The rims and mouths of these pots held special importance for the Jōmon, as they would have been the focal point for the family gathered around the hearth.

University College London, Sainsbury Institute for the Study of Japanese Arts and Cultures and The British Museum