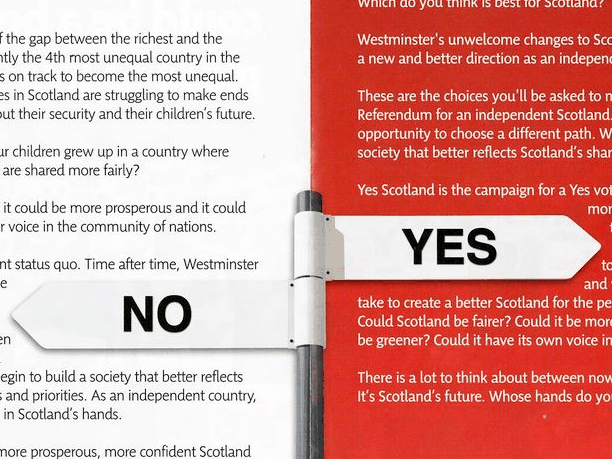 This application enables the transcription of a particular collection of the Scottish Political Archive: the leaflets from the' YES' and 'NO' campaigns of the 2014 Scottish Referendum.

The Scottish Political Archive (SPA) at the University of Stirling collects archive material to chronicle the political history of Scotland. SPA‘s collecting focus is the Campaign for a Scottish Parliament, the devolution referendums of 1979 and 1997, the independence referendum of 2014 and further devolution for Scotland www.scottishpoliticalarchive.org.uk

We would like your help with transcribing the content of the leaflets and annotating the presence of any graphic elements that appear on the leaflets.