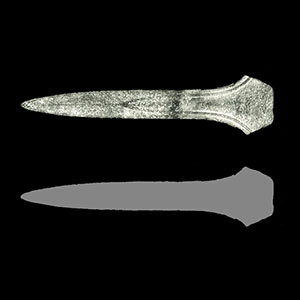 This particular photo-masking application is looking at the Beaune dirk, an extremely rare and out-sized Bronze Age weapon found in Beaune (Burgundy, France).