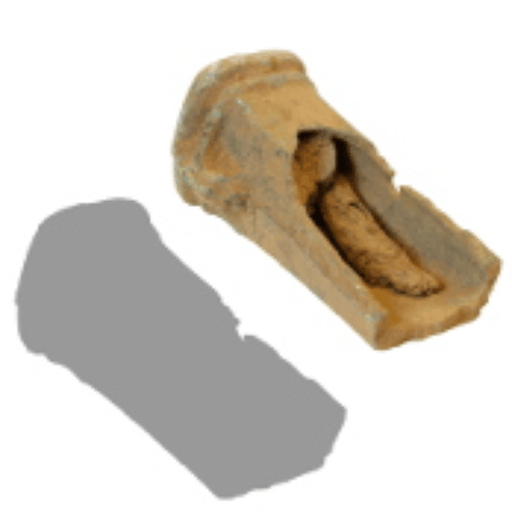 This particular photo-masking application is looking at a Late Bronze age/Early Iron age socketed axe found on the Isle of Wight at Arreton Down. Its blade had been wedged into the socket, a feature present in a number of axes found throughout Europe. This has been interpreted as either a way of keeping the broken axe parts together before being recycled, or a structured, ritual act which fragmented and transformed the object.

The axe will be cleaned and the blade removed in the near future, however this model will provide us with a permanent 3 dimensional record of its condition when found.