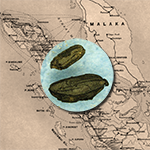 Rice and Population in Asia: Part 2

This application will help a UCL research project on The Impact of Evolving Rice Systems from China to Southeast Asia to develop a better understanding of the relationship between rice cultivation, climate and human population.

In particular, by taking advantage of some unusally rich statistical records from the 1920s and 1930s for rice production and human population across different countries and sub-regions of Asia, we hope to get a better sense of rice agriculture and its impact prior (for the most part) to the major changes inflicted by industrialisation. This colonial era perspective then allows us to build more accurate mappings of the likely spread of rice agriculture in much earlier periods and, amongst other things, to estimate possible increased methane outputs (a greenhouse gas associated with global warming) from early rice production. The current application focuses on transcription of census datasets from India, British Malaya and the Dutch East Indies.

The application loads a scanned image showing a table of statistical data and asks people to transcribe it into a spreadsheet.